Here's a glimpse into the lives of some of our river guides during the winter months. Over the years we've found that most guides travel, teach, ski patrol, or hole up in a shack in the San Juan Mountains during the Fall and Winter months.

Shawn White decided against going back to her real job and instead has been preparing her sailboat for her eventual sailing trip around the world. She's planning to sail from San Francisco to Baja after the 2007 river season.

Adam Farmer and Zach Collier have been integrating into the Hood River, Oregon culture over the past few months. Adam's been slowly working on his ping pong skills and hopes to soon be the Hood River ping pong champion. Zach is trying his hand at kayak water polo and is just trying to stay in his boat.

Geoff Phillips just returned from Nicaragua where he was doing electrical work for the past few months. He's trying to avoid working until the river season so he can plan a rafting trip in Croatia.

Colleen Winters continues to ski patrol at Deer Valley in Park City, Utah where she is working on her poker skills.

Dewi Butler has structured is life to maximize his love of the outdoors. He and his girlfriend Lynn spent September mountain climbing in southern France. For the winter Dewi is living in Park city where he skis, manages some properties (including several that he owns) and bartends for a caterer. In the spring they will spend a month or more climbing in Oregon before Dewi guides and manages for us in Idaho.

Jim Toney has been skiing the mountains around Salmon, Idaho all winter. Every time we try and reach him his wife (and fellow ECHO guide) Kelly tells us he's off in the woods. The last we heard he was headed to interior British Columbia for a ski trip.

Vladimir Gavrilov continues to share his passion for astronomy and physics with high school students in Sacramento. He's planning several rafting trips in the Altai Mountains of Siberia this summer.

Megan Anderson is in her first year of law school at the University of Utah.

Maggie Hodges and Hata Hill, who have been sweehearts since grammar school, almost grew up and took serious jobs last year. But a rafting trip down the Tatshenshini River in Alaska convinced them that they still had some river running to do. They are currently living in California, where Maggie can be close to her first nephew and Hata works in "green" construction. They plan to move to Hood River, Oregon, so they can run rivers with Adam and Zach before the ECHO season begins. They have a private Grand Canyon trip planned for late summer.

Tessa Sibbet has been helping ECHO with the web site and writing for this blog since the river season ended. Next week she is headed to Argentina and Chile so that she can raft the world famous Futaleufu River and do some backpacking trips.

Rio Jose Hibarger has spent is winter in the typical Rio style. He tried to drive his van from Olympia, Washington to Boise, Idaho for a rafting convention and it broke down about half way. He's spent the last two months rebuilding then entire thing and swears it won't break down again. At least his sailboat didn't burn down and sink this year.

Shay Mavis is spending his winter skiing six days a week and attempting to finish school in New York. He met Zach and Adam for some west coast skiing a few weeks ago during his winter break.

Mike Burke is teaching at Colby. He is also on an author's book-reading circuit promoting his new book The Same River Twice, which is both a memoir and an adventure travel story. He has a sabbatical in the spring. He and his family will visit Greece and continue to South Africa, where Mike has a grant to study several game preserves. 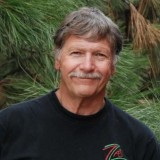